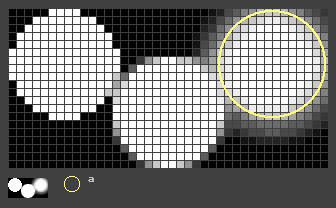 Blur refers to the parts of a depiction which become less distinct and less defined.

Unintended blur can happen as the result of applying the averaging of values excessively in an attempt to lessen aliasing artifacts.

Blur itself can be perceived as an unwanted artifact if it destroys the clarity of a part which was originally intended to appear crisp.

Blur may be used intentionally, for example to emphasize perceptual effects like soft shadows, a lack of detail in some light/shadow situations, motion blur or unfocused areas.